🙏 Welcome to 360 Nerds - Digital Marketing!
How can we help?

The Death of SEO: is SEO dead or not.

These days, one wonders: is SEO dead? (Search Engine Optimization) is it a thing anymore. Forget those “How to…” articles that promise you more hits on your site. Between rising percentages in web or content permeation and changing algorithms, your content may have just about the same degree of contact with viewers, as a mastodon entombed in clear ice has with open air.

Is SEO Dead: The data may support that conclusion…

There are roughly over one billion blogs and sites on the web, and more than triple that number of searches. In fact, the web accounts for approximately 5.6 billion searches per day and roughly 2 trillion searches each year. Content wears similarly mind-blowing statistics on its shoulder; with a massive amount of content being created on a wide range of topics and discoverable on so many blog sites. In fact, content created far outweighs searches on the internet.

And then you have the algorithms. In 2018 alone, Google made 3,234 algorithm changes in 2018; a higher number from 516 in 2010, and 1,653 in 2016. Data for the last couple of years are yet to be found, but you can be certain that the numbers continue to increase exponentially. Given that there are over 9 algorithm changes made by Google per day, and each with a job equivalent to that of a guard on prison transfer; it’s safe to say that it is no longer easy to manipulate or tweak the system.

How does that pan out for traffic?

The truth? Maybe not so good. Even a cursory look at the data will reach the obvious conclusion; that supply has simply exceeded demand. Search results now number in the tens of millions, and each result, logically, is fighting for a place right underneath the search bar. Rest assured, they’ll include results that don’t even really have any business being there. But what do you expect when everyone is trying to score hits. Of course there are search phrases that do not enjoy as much content but you can bet your top dollar that available content is catching up so fast, it doesn’t even seem like its a race.

What’s more, Google now secures top spots with its own answers to search querys. Meaning that they now answer people’s questions without them having to click on a result link or go to a website. D**k move, we know! According to Dejan SEO, since this began, click-through rates have plummeted. This has unfortunately become so common that the percentages of traffic directed by Google to organic listings (SEO results) are now a shadow of their not-so-distant pasts.

The verdict thus is…

SEO is not dead! Yes, you read that right. It needs to be said that the ominous statistics do not necessarily mean that SEO is dead. Saturation is a natural consequence in efficient maximization. Marketing channels, at some point will become saturated. It is just a matter of time. It’s the same with all seasoned marketing platforms like Facebook, Instagram, Twitter, and even email marketing. Generally, engagement trends on these platforms are erratic at best, and tend to swerve up and down the charts.

And it is for this reason that most people who curate, generate or advertise content through those platforms, leave their numbers on them. That way they get to bypass having to deal with algorithms or platforms decreasing their engagement while still able to communicate with their fans directly. Regardless of that, sponsored posts and digital ad soending still surge efficiently (Instagram for example does that at a rate of 150%). In other words, people still spend money because they get a return on investment (ROI) or ar enjoying handsome turnovers in value.

Is SEO dead? No, SEO isn’t dying, rather it‘s just changing. When you look at search as a whole (not limited to Bing and Google, and inclusive of other sites and platforms people also search) Google is still top dog in the yard and sits comfortably on a whopping 94% in market share. That mean people still use and prefer Google as their method of search. But what has changed is the usage of Google.

Keep reading, it gets interesting!

Not so long ago, It used to be that you would use platforms like Instagram for discovery and Google for commerce (Sales and Purchases). That was until, of course, those plaforms intruded by adding functions that allowed easy tranactions in-app; and doing it so well, that they ousted Google effectively. The trend in the last couple of years has thus been reversed, with Instagram being heavily used for commerce and Google mainly used as a discovery engine.

Likewise, Sales companies (for example) used to market differently by pushing heavily on ads that sold their products directly. But the shift of focus to content (often educational) evolved as a new strategy. Thus, that marketers reversed their ad focus to educating people about their products/services instead of their aggressive mode of marketing ads ensured that, by sending people to educational content and then selling through it; people bought their products or subscribed to their content. Naturally, this often led to increasing click-through rates and conversions whilst also reducing the cost of marketing.

You need to be more concerned about turning the metrics to work in your favour; SEO’s heartbeat is just fine and so is Local SEO. The channel is still promising. The marketers on top of the pile deal with and are affected by Google’s algorithms just as much the rest of the competition in the market. The difference is perspective and innovation; which allows them to grow their search traffic despite declining click-through rates. Now that you know Google is transitioning to a discovery engine (for both paid and organic listings), there are a few other things you should understand if you want to dominate the organic listings.

Remember About.com, they decided to rebrand as Dotdash and start narrowing their scope. So they took the content on About.com and split it into six specific vertical sites. While doing this they found that a lot of the content didn’t fit into those 6 verticals or was below par with their new quality standard.

As a result, they deleted roughly 900,000 articles. From the data, you can see that they got much more traffic by splitting up their content into niched-down sites. It was so successful that they took one of their new vertical sites and further specialized it into three niche sites, and the results were that: It helped them grow their revenue by 140%. The point is, If you want to do well in today’s world of SEO, focus on a niche. Google prefers topic-specific sites because everyone loves them. Just think of it this way… would you rather read medical advice from About.com or WebMD? I bet WebMD.

Just think of it this way: Every time you visit a place with your mobile phone (especially if it is an Android device), Google may be able to potentially use that information to tailor results that fits you. With your website, shun the practice of showing everyone the same message. If you personalize your experience to each and every user according to their preference, you will be able to rank better in the long run as it will improve your user metrics. The most popular blogs incorporate this into their operation. Upon entering the site, there are often pop-ups that show an array of choices to pick the type of content you want to see and then the page adapts to fit your interest. And believe it or not, that is usually the most clicked area on the blogs.

As a matter of fact, SEO is not dead, it’s just transitioning with time. Sure, click-through rates are at a decline and Google keeps adjusting its algorithm but that’s to be expected. Algorithm changes regardless, Google ensures to facilitate a seamless target of your ideal customer through SEO or paid ads. It used to be much more difficult before they came along. That explains how they are able to generate over 100 billion dollars a year in advertising revenue. Don’t worry about things that aren’t in your control. Instead, start adapting with the trend and keep your traffic rate and business alive.

360nerds.com - Digital Marketing Company with a focus on SEO and helping our customers grow their company. We bring in more visitors on your website throw SEO, Local SEO, Social Media and Paid Advertising. Contact us anytime! 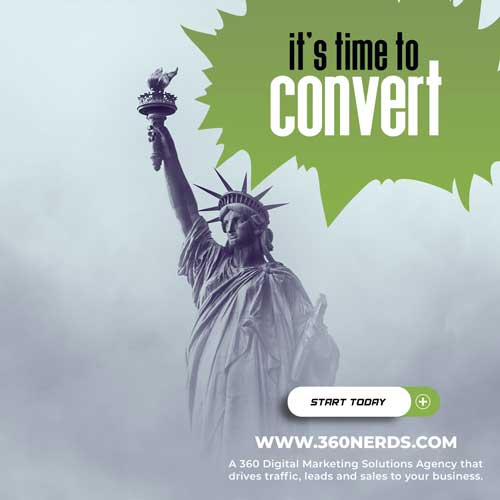 We offer professional SEO services that help websites increase their organic search score drastically in order to compete for the highest rankings even when it comes to highly competitive keywords.

More from our blog 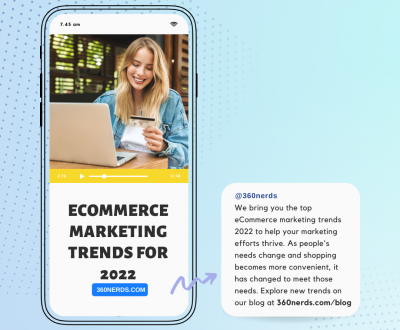 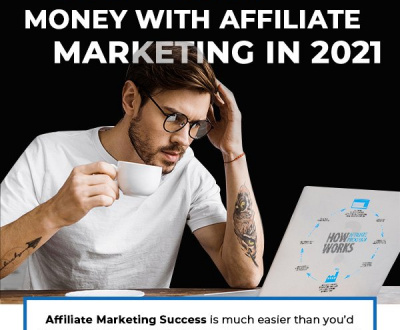 How To Start Making Money With Affiliate Marketing 💸 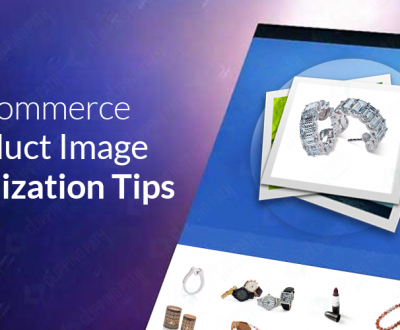 Product Image Optimization: Why Optimizing Product Images is Important For Your Online Store 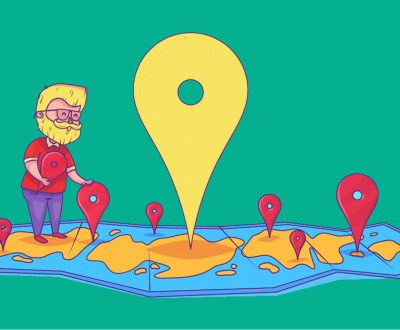 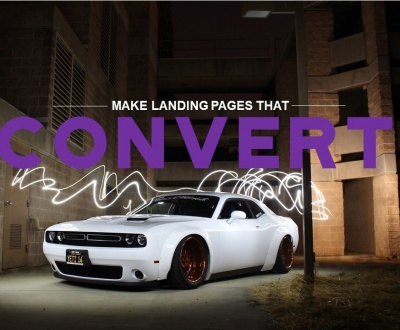 How to make landing pages that convert in 2021

How to make landing pages that convert in 2021 for affiliate marketing,…
Continue reading 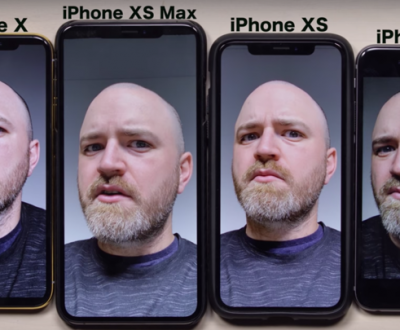 When is Facial Recognition going too far? We came upon this great…
Continue reading 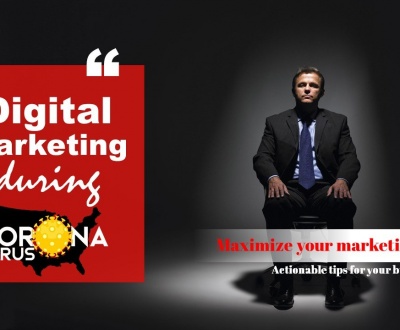 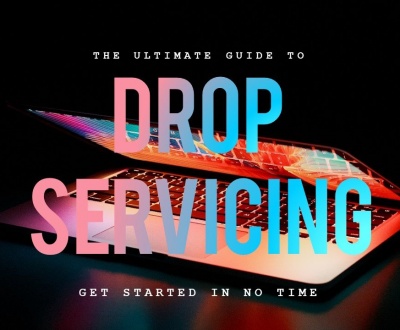 How To Start A Drop Servicing Business 💸